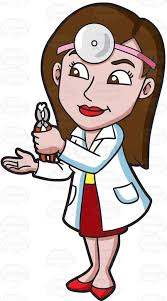 Like most five-year-olds, CJ’s smile was sweet and innocent. But recently his two front teeth started to loosen and wiggle. He knew that the Tooth Fairy would reward him handsomely. He had carefully studied the recent LTFV metrics (Lost Teeth Fairy Valuations) and realized that his sisters were getting upwards of $5 for a single tooth. OMG, what a bounty his jagged smile would fetch based on market pricing for not one, but TWO (2) front incisors!! If only… he. could. pull. them. out.

Removal of his front grill would surely be practical as well as he continued to eat hot dogs by inserting them sideways into his mouth to avoid contact with his wiggly fangs. We tried pleading with him.

“It won’t hurt! We promise!  You’ll look like a really brave and tough 1950’s hockey goalie when they didn’t wear face masks!”

No, he steadfastly refused to be subjected to amateur dentistry especially involving “extraction” which is a word he heard when Emily was talking about Granny Lizzy’s dentist needing to “pull all of them”. Shivers, he thought. No friggin’ way.

Also was not helpful that his sisters told him about methods involving strings and slamming doors which sounded straight-up medieval. This, combined with Mommy’s proclivity for practicing all sorts of amateur doctoring, usually on Daddy, where her go-to treatment usually involved the words “lance it.” Shivers! So, when Emily continued not-so-subtly throwing two fingers into his mouth while he was brushing his non-wiggly teeth he was like…”Oh, hell no“.  (Okay, he didn’t actually say that… but, trust me, that’s what he was thinking.)

So, despite inflated Tooth Fairy pricing and reassurances that it-would-not-hurt-one-little-bit, he fell asleep every night and woke up looking a little more like the boys from Deliverance. Until, this week…..

One night, while staying in a warm snuggly ski cabin high in the Sierra Nevada mountains, little Callan James fell asleep next to Mommy. (Queue the ominous music: Duh-da-da-Duhhhhh!!!!) . Then, WHILE HE WAS ASLEEP(!!), Emily saw her long-awaited opportunity to practice amateur dentistry and stealthily plucked out the wiggly incisors quicker than the Grinch stealing the Christmas Who-Ham! Then, like a crazed Tooth Fairy turned Bounty Hunter, I could hear her whispershouting, “I got them! I got them!” Luckily, CJ woke up the next morning, smiling brightly and talking with a slight lisp about the great prizes the Tooth Fairy had brought him. Completely oblivious to the shenanigans of Mommy The Tooth Snatcher!

Happy ending for Callan James, yes… But, now I am SERIOUSLY reconsidering why I bought Emily that professional quality otoscope for Christmas. OMG, the thought of going to sleep and waking up with Emily peering into my ears with that long tube thingy! I may never sleep soundly again!